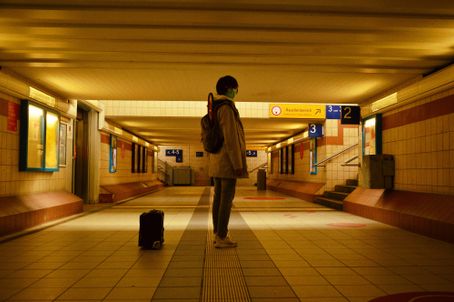 Is it stealing if you steal from a Stealer?

Planned Accidents was the intended title for the Bowie Eno collaboration that eventually became Lodger.

Liminal but not Dystopian, recorded in the Far East (the Edgeland between Norfolk and Suffolk) by ‘Carter Takes a Train’ a project helmed by Reg Ruse. One time nearly, but not quite Pop star, and currently a member of the Norfolk and Norwich Sonic Arts collective Eastern Ear.

It has been overseen by an overly Large Black & White Photo of Michael Caine which seems to seep into the Machines. Think Funeral in Berlin meets Music for Airports in a Space Lab.

Carter Takes a Train is the theme from the 1971 Mike Hodges film Get Carter starring Michael Caine. Planned Accidents is an album of Pastoral Electronica infused lush Soundscapes with a hint of dread .Recorded without MIDI, complex accidents are layered and built upon as a Digital collage until a picture emerges that is as distinct as it is mysterious.

Planned Accidents is available on Bandcamp, Spotify, Tidal and all the major Streaming Platforms. Live renditions will take Place as soon as Circumstances allow and will be accompanied by an exhibition of Photographs in Liminal spaces entitled ‘Postcards from Edgeland   and generative Video content.